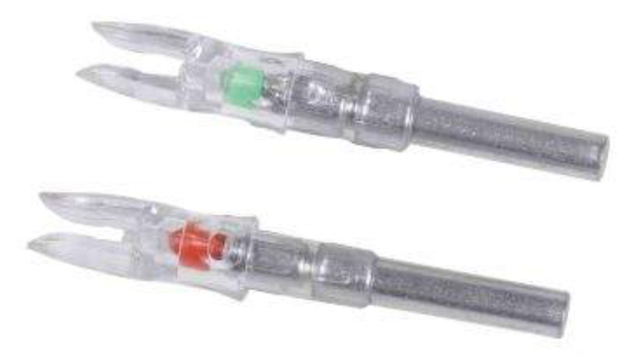 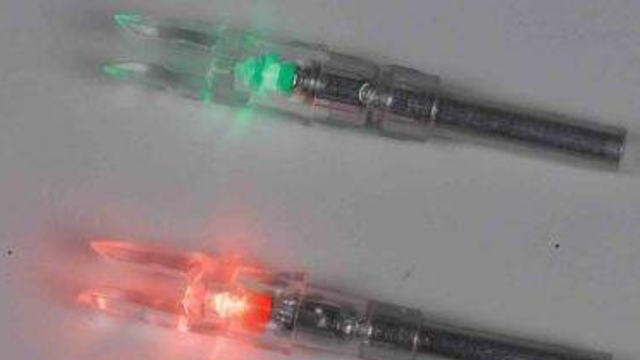 A lighted nock is precisely what it sounds like. They are nocks you attach to your arrow that, once released, cause the nock to light up allowing you to visibly follow the path of your arrow and monitor where your shot hit the animal; they also make finding pass-through or missed arrows much easier. Lighted nocks are most useful in more low-light hunting conditions; such as early morning or late evenings where tracking your arrow’s flight can be a bit more difficult. For a long time, lighted nocks were an area of archery that was rife with debate and tension. Many hunters wanted them, while many states regulations said no (however, for 2016 Oregon is no longer in the “no” category and all we can say is woo-hoo). In recent years more and more states have begun to allow the use of lighted nocks, causing the amount of debates to decrease, yet some states still have them listed in the illegal equipment sections of their hunting regulations.

Now, many of you hunters already know this, which begs the question of why we are writing this article. Is it to show our support for lighted nocks? Is it to draw attention to the fact that some states still have then banned? Is it because lighted nocks can come in some pretty awesome colors and watching them fly makes you feel like an bow hunting Jedi? The answer to that is no…except for maybe the last one because on occasion when practicing we do make a few light saber noises. What prompted this article is the knowledge that one of our staff is new to hunting and while cruising through Google one afternoon, came across a few comparison articles for various brands of lighted nocks, and proceeded to point at the screen and demand, “Explain the thing.” We decided not only to explain for her benefit, but also for the benefit of any other individuals who are either new to hunting or curious about lighted nocks in general.

As we mentioned before lighted nocks are just arrow nocks that light up upon the arrows release. We found them to be beneficial, particularly for newer hunters, as it makes it very obvious if you not only hit your mark but also where the shot connected which lets you know not only A. If the shot you made was a solid shot, and B. If you hit the targeted area, or if you connected in a less than desirable location. The knowledge of the area of penetration can help you determine the best methods with which to track the animal. The concept of a lighted nock is very cut and dry, the confusion seems to erupt when one is faced with not only the large variety or brands, but also they variety in connection types and their effectiveness.

The connection type that seems to be preferred by most hunters we have spoken are the ones where a completed circuit causes the nock to illuminate. This is seen in Lumenock and Carbon Express brand nocks where the force of the arrows release from the bow causes the nock to push into the arrow’s shaft resulting a completed circuit and wonderful glowing nock. Both Firenock and G-5 G-force nocks rely on force to activate the light, though Firenock’s relies on the arrows forward momentum and the G5 relies on centrifugal force. Finally, you have nocks that are activated via magnet, like Easton Tracer Arrows. With these the nock passes through a magnet, which triggers the nock’s light. From our experience, the type of connection seen with the Lumenock and Carbon Express arrows is the most reliable; however, we also respect that each hunter has his own preferences as well. She is currently still researching which type she would like to try, though she did mention she was leaning towards either the Lumenock or Firenock. When we asked her why, she replied that they had the longest battery life, were also the most recommended on various forums, and that the Firenock “comes in pretty colors.” Though she did request that we see what feedback she can get from all of you to ensure she makes an educated decision.
So, that bears the question: Which brand do you prefer and why?