Kinetic Energy and Momentum: How Pro-Tracker Affects your Arrow

One of the most common questions we are asked is “How will the Pro-Tracker affect my arrows speed/penetration?” More often than not, out of respect for your time, we generally give a quick reply and leave it at that. However, after speaking with a few of you, we decided that you deserved a more in depth explanation of how it will affect your shot overall. The easiest way to do this is to actually look at kinetics and momentum and how each affects your shot. When we sat down at our company meeting and explained that we wanted to go over this, our resident aficionado of all things both geeky and filled with science stood up, started pointing at herself and proudly stated, “Ooh, Ooh, the force is strong with this one!” which the rest of us assumed meant she really wanted to write this piece; so we let her.

As anyone that loves physics knows there are tons of variables that can affect your shot. Your shot can be hindered by friction, outside elements, the tension in your string, and every single one of these may be small but can mean the difference between a perfect shot and a near miss. Each one of these factors could have an entire article written on its importance, but for this specific piece we’re focusing only on arrow weight and its effect on both the arrow’s speed and its penetration. In general, most people assume that when it comes to an arrow that faster is unequivocally better; and in some cases they may be right, but not necessarily in all cases. In order to reinforce this, we decided it would be best to look into not only personal knowledge, but outside resources to help us explain properly.

Of all the articles we found, this one by Carbon Arrow University had the most complete explanation and even included field test results. Basically, they explain that the speed at which an arrow travels has an inverse relationship with the mass of the arrow; therefore, a heavier arrow will in turn be slower than a lighter arrow. This is because the lighter weight allows for faster acceleration, which also causes the arrow to hold its trajectory better and lets off a faster shot. Since lighter arrows hold their trajectory better, this also allows for a bit more forgiveness when it comes to your yardage estimations during a shot. These factors are often what often cause hunters to automatically state that a faster arrow is the way to go, but a heavier arrow has quite a few perks as well.

One thing many people do not realize is that bows actually transfer energy more efficiently to heavier arrows as opposed to lighter ones. This energy transfer results in more momentum, therefore giving the arrow itself more knockdown power than its lighter counterparts. Not only do heavier arrows have more knockdown power, but the add momentum they receive means that it takes longer for the arrow itself to slow; resulting in deeper penetration. Another added benefit of a heavier arrow is noise level; a heavier arrow is much quieter than a lighter one because the added speed of a light arrow disturbs a larger amount of the surrounding air one the arrow is released.

Now, knowing that heavier arrows penetrate more, we can go ahead and look back at the initial question of whether speed or penetration is more important and the answer we came up with is…..they are equally important! The reason we decided this is because you can make a determination on what is more necessary based on what you are hunting. If you’re hunting a turkey, it may be preferable to shoot a lighter, faster arrow in order to help avoid a miss due to the animal jumping your shot. However, if you’re hunting an animal that is larger or may have a thicker hide, a heavier arrow with more power behind it would be preferable to a quick shot. We actually prefer a mid-weight arrow so that we can have the benefits of both speed and a bit more penetrating power.

When you add in our Pro-Tracker transmitter you come up with about 100 grains of additional weight. Luckily we found that if you shorten your arrow shaft by 3 ¼ inches that when the Pro-tracker extension is added the arrow length remains the same and also compensates for the weight of the transmitter ensuring your spline is not affected. Overall, you’re arrow’s weight is minimally affected, but the transmitter will still give you a bit more oomph in your shots giving added penetrating power. This extra penetrating power, coupled with the barb on our transmitter, ensure that the not only will the arrow itself have deeper overall penetration, but that the transmitter will embed firmly in the animals hide, resulting in the system’s ability to help you track and find your animal. So all that we have left to say is hooray for science and we hope this helped some of you understand a little bit better how a Pro-tracker would affect your shot. 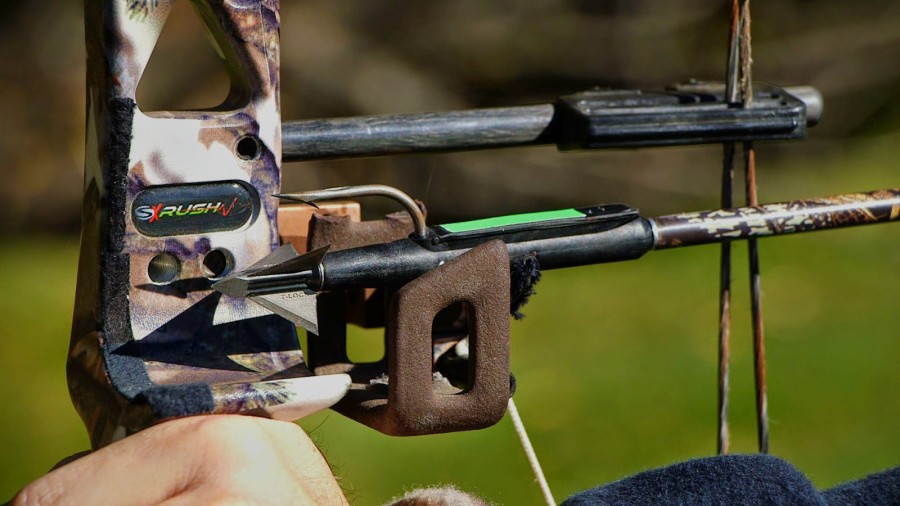 When looking into the technical aspects of modern-day archery, it’s 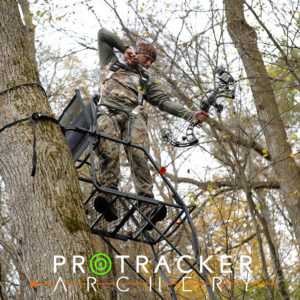 We’ve talked in previous weeks about how to prepare the 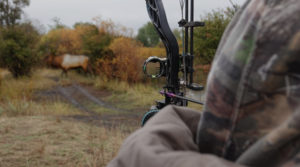 When it comes to the life of an animal, it